Color temperature, measured on a kelvin scale, is used to describe the appearance of light. Different light sources produce different colored light on a scale from 1000 Kelvin, to 10,000 Kelvin. Typically, commercial lighting falls on the scale between 2000 Kelvin and 6500 kelvin.

The most common temperature bulb is 2700 Kelvin and can be used in common area, office areas, and living areas. This is a “soft white” color cast. As for rooms such as kitchens, bathrooms or garages, you would typically want a “brighter white” so the bulb or LED you choose would be 3500 kelvin or higher.

When searching for the right lamping, there are three primary types of color temperatures. Soft white, which falls between 2700 kelvin and 3000 Kelvin, bright white or cool white, is between 3500 Kelvin and 4100 Kelvin, and daylight is 5000 Kelvin to 6500 Kelvin. 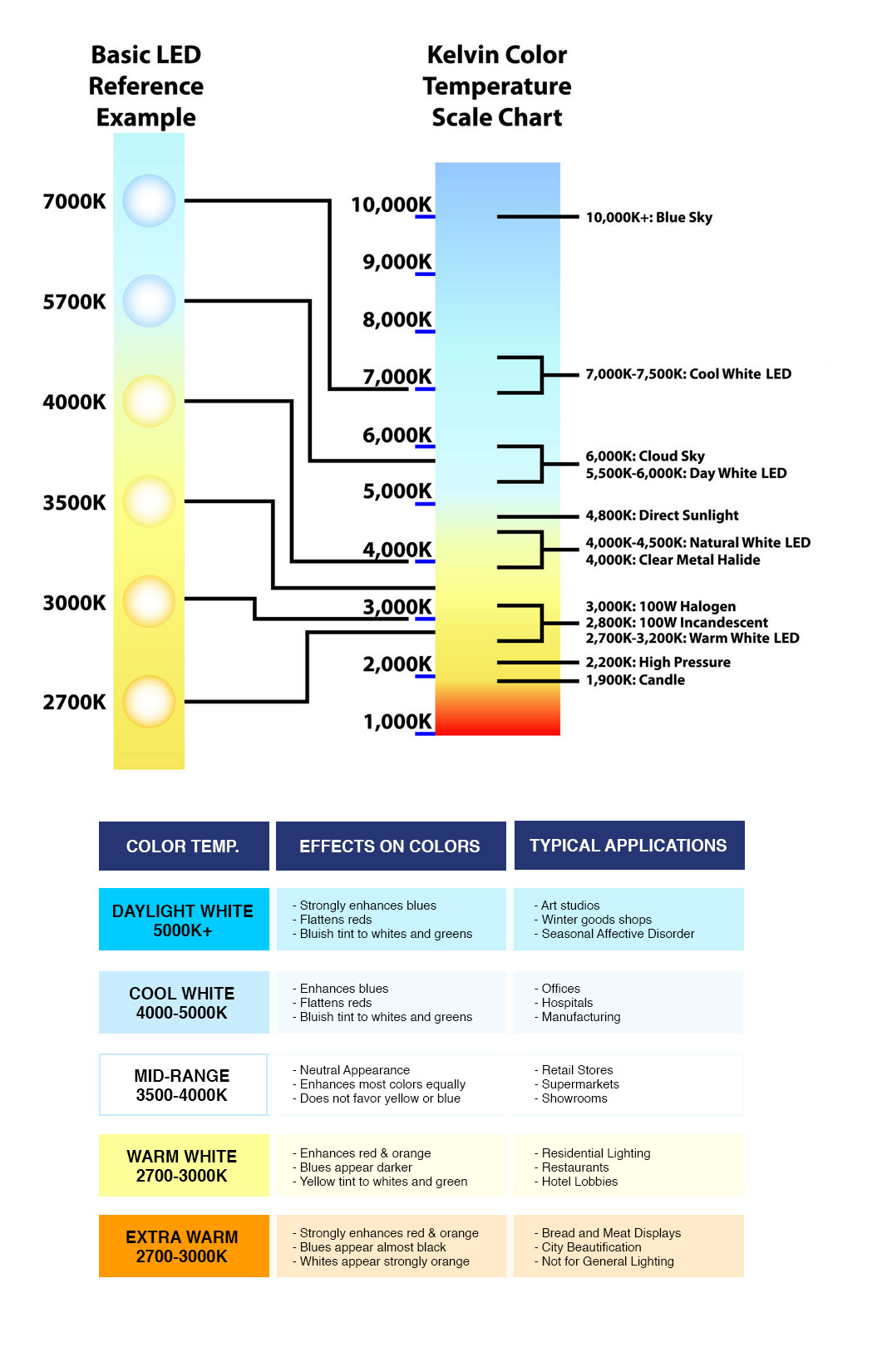